The final day of the Premier League season is always an odd occasion. Whether it be weakened teams, barmy goal fests, emotional farewells or even suspicious devices, there is always something intriguing that occurs, and the last day of this season was certainly no different. Realistically there was only one issue that needed to be resolved; the Champions League places. With only champions Chelsea, and runners up Tottenham assured of qualification to Europe’s premier football competition, there were still two places up for grabs, with Manchester City, Liverpool and Arsenal vying for those final two spots. City and Liverpool knew that wins against Watford and Middlesbrough respectively would guarantee their places at the high table, while Arsenal knew they had to win at home to Everton and hope that their rivals would slip up. 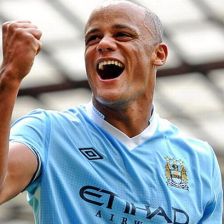 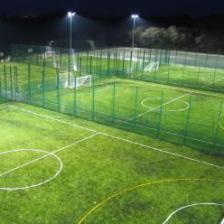 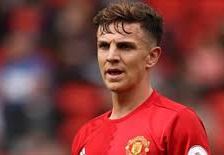 Who? Yes that’s right. Manchester United’s Swiss born Portuguese goalkeeper was making only his second United appearance and his first in the Premier League. He was facing a Crystal Palace side that had flirted with relegation throughout much of the season but had recently enjoyed something of resurgence. The twenty-year-old looked confident and assured throughout United’s comfortable 2-0 victory. Standing at over 1.90 metres he certainly looks like he has the physical attributes to become a top class Premier League stopper. His United future will largely depend on where David De Gea ends up plying his trade next season, however he will have done himself no harm with this impressive display.

There can be no doubt at all that Manchester City are a different team when their captain is fit. Had he been fit for the whole season we may well have seen Pep Guardiola’s team mounting a more serious title challenge. The Citizens captain only featured 11 times in the league this season yet still managed to aid his sides cause with three goals. Going into the final round of fixtures City knew that a win would guarantee them third place and as a result automatic qualification to the Champions League group stages. Nevertheless, they faced what could have been a sticky fixture away at Watford who had just confirmed that the game would be Walter Mazzari’s last in charge. Kompany led the City charge and calmed what may have been any jangling nerves with a smart header within five minutes of the kick off. It set the tone for an easy afternoon for the two-time Premier League champions, who ran out 5-0 winners in the end.

My word does this guy score important goals. Already a scorer of vital goals against Manchester City, Chelsea and Arsenal, the ex-Feyenord and Newcastle man can now add Middlesbrough to his already impressive repertoire! While the opponents might not be as illustrious, the goal itself was absolutely crucial. Liverpool knew that only a win would guarantee qualification for the Champions League and prior to Wijnaldum’s intervention Liverpool had been struggling. They were extremely fortunate not to have found themselves a man down after Dejan Lovren inexplicably pulled Patrick Bamford down when through on goal. With half time approaching, Wijnaldum grabbed the game by the scruff of the neck and produced a fierce strike to give the Red Men a lead that they would never surrender. Further further goals from Philippe Coutinho and Adam Lallana sealed an easy 3-0 win.

Again, you may ask “who?” Well this young man had a Manchester United debut to remember as he opened the scoring in United’s 2-0 win at Old Trafford. The Stockport born winger looked lively on his professional debut and capped off an impressive display with a brilliant individual goal. Receiving the ball on the left hand side, the 21 year old cut inside, jinked his way around several Palace defenders before blasting the ball beyond a hapless Wayne Hennessey. United fans love nothing more than a homegrown player and it will be really interesting to see whether Harrop is able to kick on next season.

Realistically, who else was going to get the nod here? Kane is simply the best striker in the Premier League and one of the best, if not the best, in the world. In a season disrupted by injury, the Tottenham No.10 has still managed a staggering 29 goals in 30 Premier League appearances. His four goals against a desperately poor Leicester side in midweek were followed up by an equally impressive hat-trick against already relegated Hull City. Remarkably, there are still those who seem to be waiting, even hoping, for the wheels to fall off. On this evidence they will be waiting an awfully long time.

Why doesn’t Daniel Sturridge have a song!? 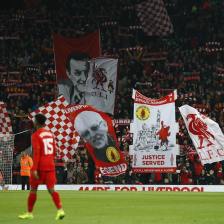 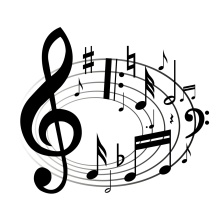 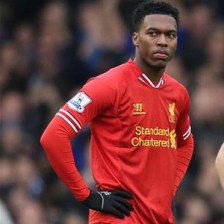 Daniel Sturridge has scored 58 goals for Liverpool; 21 in a single Premier League season, nine in eight straight games, four against Everton, three against United and a splendid opener in a European final. You can throw in an International winner against Wales for good measure. And he doesn’t have one song. Not even a song that only four people know the words to. Not even a song that’s actually another player’s song but with his name substituted in. Sure, I haven’t been at every single Daniel Sturridge match – but can anybody enlighten me?

This singsong analysis is, admittedly, not an exact science. Olivier Giroud has a fantastic song which frequently rips round the Emirates whilst the more acclaimed Alexis Sanchez suffers from a collective lack of creativity. Nobody’s to blame for the fact that ‘Gir-Oud’ sounds way more like ‘Hey Jude’ than ‘San-Chez’ ever will. Some people just catch a lucky break.

West Ham squeezed Payet’s name neatly into Billy Ray Cyrus’ ‘Achy-Breaky Heart’ but the Frenchman has turned his back on the club and ‘Lanzini’ will have too many syllables to function as a realistic replacement.

The ‘Sturridge’ surname isn’t the easiest to work with but this is Liverpool we’re talking about. There is special table in a pub opposite Anfield rumoured to be reserved for a mysterious group who claim writing credits to all of the Kop’s favourite chants. This is a club who briefly sang Lucas Levia’s name to the tune of John Paul Young’s ‘Love is in the Air’ before settling on a more familiar tune (adopted shamelessly from a Crystal Palace chant/any number of other clubs).

At the start of this campaign Daniel Sturridge had a Premier League goals-per-game ratio of 0.623; strangely similar to Luis Suarez (0.627) and Liverpool’s table topper Fernando Torres (0.637). However, his goals-per-minute ratio would blow the other two away. The Englishman has been on and off the bench more than he’ll care to remember mainly due to injuries but also a little lack of manager love.

He’s fit now but is arguably Jurgen Klopp’s third choice striker. Sadly, there’s little justification for him currently being in the Liverpool side. If you were tasked with designing a striker Klopp wouldn’t like you’d come up with something a lot like Daniel Sturridge; he doesn’t pressure the full width of the pitch, he goes for the spectacular far too frequently and he’s often stationary whilst planning his next move.

But this isn’t a Klopp issue. This is a more wide-spread issue that stems from the fact people just don’t love Daniel Sturridge. At Chelsea he was seen as a problem player, at Liverpool’s he’s seen as an individualist. It’s just unfortunate that Sturridge is a million miles away from the archetypal Kopite. Most of Anfield just can’t connect with the hip-hop producing, Instagram-loving, openly Christian striker. His celebratory dance remains popular but they’ll be a few eyes rolling these days.

Academy graduates receive a wealth of support from the Kop. Birmingham-born, ex-City, ex-Chelsea Sturridge can’t fall back on this. A second option is to ‘run your heart out, son’ the sole reason Dirk Kuyt was able to get over with the fans during his time at Anfield. The Dutchman gave 110% every match with the sort of performances that would make James Milner look lazy.

At the last few Liverpool games I’ve attended there’s been a loud (but ugly) Divock Origi song. It’s nothing special – a simple ‘Divock Origi, clap-clap, clap-clap-clap’. The young Belgian has done okay for the Reds but when did he jump up the queue? His song started during a touchline warm-up and continued for a solid five minutes. Away at Southampton last year I witnessed some lunatic start a Jordan Ibe chant. I still don’t know what the tune was and I’m not sure he did; it was strangely impressive. Nevertheless, these were sloppy efforts by Liverpool. What happened to the genius of the Buddy Holly inspired Maxi Rodriguez song?

Sturridge has a reputation of somebody who sulks but he’s behaved a lot better than some Premier League undesirables these past few transfer windows. I can’t recall him whinging too much about his lack of game time or demotion to the EFL cup side. He’ll likely leave Anfield soon – but can we at least sing him out the door? I don’t think Liverpool will ever top the ‘Johnny Comes Marching Home Again’ Fernando Torres song but surely that special table of musical minds can come up with something?