Just over a month to go in Premier League and things are getting lively at both ends of the table. It has, however, become quite a slog to select an interesting five-a-side team every week. We’re in the home straight now so we’ll soldier on. This week Manchester United swept past Chelsea to blow the title race open. We’re being serious this time; Chelsea have reasons to be worried. 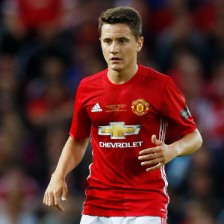 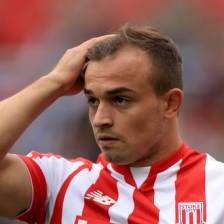 It finally seems that Mignolet’s transition from Liverpool’s burden to ‘actually quite a good keeper’ is complete. He deserves plaudits for stopping Matt Phillips’ big chance to earn West Brom a point but it was his general command in a very tricky fixture that gets him back into our five-a-side team. Simply put, Reds fans (i.e me) no longer wince in fear every time the ball comes into the box.

The Premier League’s prime pick-pocketer put in another perfectly polished performance to force Eden Hazard into anonymity in Sunday’s big fixture. After Nemanja Matic prodded the ball into Herrera’s loose arm early in the first half, the Spaniard broke and pushed a precise pass round David Luiz and into the arching run of Marcus Rashford (who duly tucked it away). He capped his performance by drilling home United’s second, albeit courtesy of a nasty deflection.

It seems as though everybody has forgotten about Manchester City since they tumbled out of the Champions League and lost to Chelsea. Nevertheless, it seems as though their squad are benefitting from time outside the spotlight. Sergio Aguero is inching back to his best alongside the red hot Leroy Sane, but perhaps Kevin De Bruyne’s recovery in form will be the most pleasing development. At his best he is a joy to watch. He was the puppet-master of City’s lethal counter attack against Southampton before lifting a second assist onto the head of Aguero in the closing moments.

I’m a huge fan of Xherdan Shaqiri and perhaps only his crippling inconsistencies are stopping him from landing a move to a top club. He blasted in a cracking goal against Hull City and was instrumental in his side ending their woeful run of defeats. He’s a little man full of big moments and is still Stoke City’s most valuable player. The Potters need to overhaul their squad but the Swiss superstar is one who should be retained.

Rashford’s performance against Chelsea did wonders to silence his doubters. Is the Englishman good enough to influence big games? Should he really be considered on equal footing to Zlatan Ibrahimović? Will he carve himself enough goal scoring opportunities? On Sunday’s performance the answer to all three of these questions would be ‘yes’. He beat Asmir Begovic with coolness inside the opening ten minutes and caused Luiz, Gary Cahill and Kurt Zouma plenty of problems alongside Jesse Lingard.