Simmo on José Mourinho and his alleged preference for experience over youth. 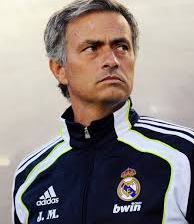 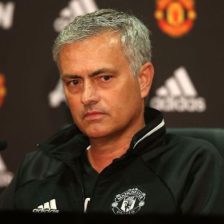 Mourinho is a winner. He’s won just about everything worth winning in club football. The majority of football supporters would long for a manager of his stature at their clubs. With eight league titles won in four different countries, two Champions Leagues and countless domestic trophies, there are not many managers who can measure up to Senhor Mourinho.

However, the reality is not quite so black and white. While Mourinho guarantees success there is a fair amount of evidence to suggest that this success is destined purely for the short-term. For all of the trophies that Mourinho’s won he’s never stayed longer than 4 years at a single club. The man works for now, not for later.

Closer analysis of Mourinho’s successful teams reveals one stark similarity; nearly all of them have been relatively experienced. For example, when arriving at Chelsea, Mourinho was quick to build the team around a certain Claude Makélélé. At Inter Milan he used Javier Zanetti in a similar role and relied heavily on the experience of Marco Materazzi, Christian Chivu, Walter Samuel and Lucio. At Real Madrid he re-signed Ricardo Carvalho and used him extensively during his first season in charge. All those players have one crucial aspect in common – experience.

Indeed, it has long been assumed that Mourinho has a penchant for the games  older statesmen. But do the facts really back this up?

The answer is really quite surprising. Staggeringly, the title-winning Chelsea team during the 2004–5 season was the youngest in Premier League history. The average age of that team was just 24.3 years. Fergie’s Fledglings won the 1995–6 title at the ripe old average age of 25.

In fact, at Real Madrid the average age of Mourinho’s signings was just a fraction over 24. During the same period, Arsène Wenger’s signings at Arsenal (a club famed for its trust in young players) had an average age of over 26.

Further study shows that Mourinho has often been brave enough to give responsibility to young players. Upon arriving Chelsea, Mourinho was faced with a team lacking any experienced leaders. The previous captain, Marcel Desailly, had just left the club and there was no obvious replacement. Mourinho eventually plumped for John Terry. Terry had come up from Chelsea’s academy, through the youth teams and into the starting XI. Mourinho clearly saw potential leadership qualities in the Barking-born defender. While Terry had made over 150 Chelsea appearances by the time Mourinho arrived, he was still only 23 – a comparatively young age for an established central defender and even younger for a captain.

Mourinho’s decision was vindicated. Terry would go on to lift the Premier League trophy at the end of Mourinho’s first two seasons in charge, and was selected for the PFA Team of the Year for both seasons.

Mourinho also showed an interest in developing young defenders at Real Madrid. He added the 18-year-old Frenchman Raphael Varane, from Lens to his squad of ‘Galácticos’. Although Varane was by no means a regular, Mourinho trusted him enough to throw him into some big games.

During his second spell at Chelsea, Mourinho decided to splash £12 million on another young French defender, Kurt Zouma. He had so much confidence in Zouma that when Nemanja Matic was suspended for the 2015 League Cup final against Tottenham, he thrust Zouma into the unfamiliar role of holding midfielder.

It also seems that Mourinho has a penchant for young goalkeepers. During his first spell in charge of Chelsea he picked the relatively young and inexperienced Petr Cech over the reliable, well-established veteran, Carlo Cudicini. Cech went on to become a club legend and break the all-time clean sheet record in the Premier League. Whilst Cech now plies his trade for Chelsea’s London rivals Arsenal, his contribution to Chelsea during his 11 year stay in South West London was immeasurable.

During his second spell in charge at Chelsea, Mourinho decided to promote Thibault Courtois above Cech. The Belgian had been out on loan at Atletico Madrid and had already won a La Liga title and played in a Champions League Final by the age of 22.

So, does this dispel the theory? Is Mourinho in fact a big believer in young talent?

Well, the answer isn’t really that simple. Now managing Manchester United, a club that has always prided itself on promoting young players, Mourinho has decided that he needs to cut some deadwood from the vast squad he took over from Louis van Gaal.

Since joining he has allegedly told no fewer than 7 players who are 23 old or younger that their futures lie away from Old Trafford. Timothy Fosu Mensah, Cameron Borthwick-Jackson, Will Keane, James Wilson, Adnan Januzaj, Andreas Pereira and Tyler Blackett have all been told that they are surplus to requirements, for the meantime at least.

It’s true that there are question marks over the ability of several of the aforementioned youngsters, yet they’ve all played for the Red Devils and were deemed good enough by previous managers. This time, José’s transfer dealings indicate a preference for age over youth; he has signed 3 players with an average age of just under 28.

Is this a change in stance by Mourinho? Has he decided that he needs to sign players with more experience and sell those youngsters trying to break in?

Difficult to say. We are only two months into Mourinho’s Old Trafford reign and he hasn’t yet managed United in a competitive match. If José is around this time next year then we may get a better understanding of his transfer strategy and whether or not he has indeed abandoned his former willingness to embrace youth.

So where would Mourinho sit on the now infamous (and highly inaccurate) “You won’t win anything with kids” saying coined by Alan Hansen back in the mid-90s?

He’d almost certainly disagree. The fact is that Mourinho seems likely to pick players who are good enough to make an instant contribution to the team and not let others down. If a player does not reach that standard, he will be banished to the youth teams or, worst case scenario, shipped out somewhere else. For Mourinho’s players there is a steep learning curve. However, if you prove you are good enough, then, for Mourinho, you’re almost certainly old enough.