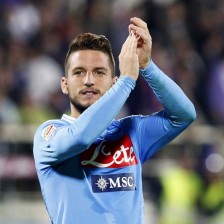 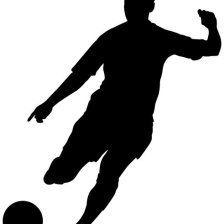 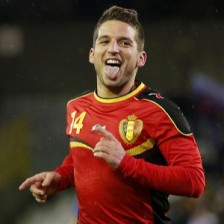 The concept of ‘underrated’ is highly subjective. The term is thrown around frequently when evaluating a footballer’s ability and covers a mixed bag of players.

You might, for example, think Luis Suarez is underrated. You might think he deserves to be mentioned alongside Lionel Messi and Cristiano Ronaldo. You might question why he has been a distant top five in the last two Ballon d’Or votes.

Likewise, you could think Charlie Austin is underrated for his ability to score bundles of goals wherever he has been. Being ‘underrated’ isn’t even reserved for just current players. You could say that Park Ji-Sung was underrated. Or Danny Murphy. Forwards Diego Milito, David Di Natale and even Samuel Eto’o could be classed as underrated. There’s plenty more in the Premier League today – Dusan Tadic, Jose Fonte and maybe still Kante. What about workhorses such as John Walters?!

There’s really nothing that this ragtag group have in common other than that their perceived value is not equal to what they offer on a football pitch. Over the last few years there’s been one Belgian constantly delivering for his Italian club side whilst attracting very little in terms of media attention, footballing accolade or transfer speculation. He is, at least, incredibly useful on the PlayStation.

Dries Mertens has just bagged back-to-back Serie A hat-tricks and, in doing so, very nearly ruined this post. The January transfer window is just round the corner and the Premier League may finally sit up and take note (he’s got plenty of international teammates to persuade him).

Nevertheless, Mertens is 29. Where have his pursuers been for the last five years?

Signing for PSV from Utrecht, Mertens scored 21 in 33 in his first season. Scoring for a top club in the Eredivisie is not much of a litmus test (Afonso Alves got 34 for Heerenveen…) but Mertens found the net with alarming regularity for a winger. He was on six league goals by the end of his first month.

Napoli would soon get clued up and, after scoring 37 in 62 for PSV, the Belgian moved to Serie A in 2013 to play under Rafael Benitez.

Napoli’s attacking options that season were mouth-watering. Gonzalo Higuaín had also arrived along with Jose Callejon. The trio would join the exciting Lorenzo Insigne with Duvan Zapata and Goran Pandev also looking for game time. It was obvious that Benitez would utilize Higuaín centrally with two of Callejon, Insigne and Mertens on either side. However, there were a couple of things working against the Belgian. Insigne was young and Neapolitan. He had (and still has) the potential to be a leading Italian international. Callejon was a similar age to Mertens but had joined from Real Madrid and it was likely compatriot Benitez knew more of his talents. By comparison, Mertens was seen as an untapped late bloomer – despite being just 26 years of age. Nevertheless, Benitez freely rotated his plethora of attacking options and Mertens ended with an impressive 11 league goals, scoring six in the last seven games.

At the end of the season FourFourTwo ran an article on Mertens, introducing him to readers and flagging up his exciting style of play. The Belgian may fall behind compatriot Eden Hazard in terms of mesmerizing runs but he can add to his game a deadly right foot (and a crafty left one). He packs a punch for a man of 5ft7 and can rifle the ball home from distance; both at free-kicks or in open play. He’s far from a traditional winger. He is a nuisance down the middle and perhaps only his lack of aerial threat stops him functioning as a predatory centre forward.

The end of the 2013/14 season was the best it got for Mertens for quite some time. Rafa would continue to hand him game time but plenty of his minutes came in Europa League football. He would eventually find his way off the bench and ended the season with a flourish but there was no magazine feature this time around and many forgot about him.

The following year his hard-working performances would again go unnoticed with a fine season for Insigne limiting his Serie A opportunities. New manager Maurizio Sarri saw much the same in Mertens; a skilful winger with the ability to come off the bench and grab a goal. By the end of the season he had appeared more times from the bench than as a starter. This theme has continued into the current season but his goalscoring exploits are getting harder to ignore.

Higuaín has left and replacement Arkadiusz Milik (who started so well) has been hit by injury. Napoli are lucky to have Mertens right now and his ten league goals have helped boost them back towards the top of the league. At 29 years old he’s unlikely to get a big move and as long as he’s on and off the subs bench he’s unlikely to get the recognition he deserves.

Mertens provides support to the argument that if you do lots of things well, you’ll be asked to cover a lot of different roles. I hereby crown Mertens the most underrated player in European football. Or one of them. There’s quite a few.