Following a split with Eidos Interactive, the Championship Manager we loved turned into spiritual successor Football Manager. The playful font and iconic footballing backdrops were replaced by stronger branding and a polished look. One thing that never changed was the franchise’s yearning to uncover football’s ‘wonderkids’. The series has got it right so often that their emphatic failures (or sometimes just drastic exaggerations) are as legendary as they are hilarious. Each Football Manager keeps in line with tradition and icons of the early 2000s such as Tonton Zola Moukoko and Cherno Samba have been superseded by a new crop of pixelated legends. 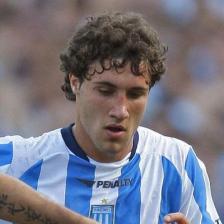 1. John Fleck
John Fleck played 40 times for Coventry last year grabbing four goals. He’s not doing that badly, right? But it’s not quite the same as guiding Malaga to a La Liga title and nestling into Team of the Year alongside Lionel Messi as he did on my Football Manager 2010 game. This virtual fairytale wasn’t exclusive to the 2010 edition either and he could be polished into a star winger as far back as FM 2008. In fact, the whole time he was at Rangers he maintained near-wonderkid status and it was only following a loan move to Blackpool in 2012 that his potential began to fade. The Scotsman was a favourite of hopeful attribute searches with high dribbling, crossing and technique stats backed by those of creativity and off the ball. It was strange that FM chose to stretch Fleck’s potential to the moon and back; Scotland haven’t produced anybody near his programmed ability in the last twenty years. To be fair, expectations were eventually adjusted and Fleck can still be signed to drag your side through a League One campaign.

2. Franco Zuculini
Okay, so this one’s even more personal – but I defy anybody to play a couple of seasons on Football Manager 2009 and not gasp at Zuculini’s stats. Playing as Wigan, it took a while for Zuculini to surface on my game and I was very nearly beaten to his signature by Manchester City. He was remarkably well suited to the DM role; good physical stats, high work rate and levels of marking and tackling you’d look for in your centre back. Though this isn’t consistent over internet screenshots, I remember my Zuculini having an insane pair of passing and creativity stats. I pictured every match unfolding with Zuculini effortlessly winning the ball and sliding through 30-yard passes. In FM 2009 he started at Hoffenheim and would often remain there for his initial development. In real life, however, he played just seven league games for the Germans before three loan moves and a permanent switch to Zaragoza. After a spell back in Argentina recovering from an operation, Zuculini was handed another chance to crack Europe in a move to Bologna. As with many FM wonderkids, the game has never fully demolished his attributes.

3. Alberto Paloschi
At eighteen years old Paloschi scored for AC Milan with his first touch as a substitute vs. Siena. Somebody from Football Manager must have been watching and the rest is history. He was difficult to prise away from a Milan/Parma co-ownership in the 2009 game and it took a few years for him to become FM’s coded world beater. An understated gem on his first few appearances, it wasn’t until the games of 2011 and 2012 that Paloschi really took off. The Italian seemed to infatuate most Premier League clubs and I lost count of the number of times I saw ‘Chelsea sign Paloschi’ among my generated inbox messages. Paloschi’s merits may have snuck passed the untrained FM eye with good finishing paired with great anticipation. By numerous accounts he was an unrivalled goal machine and would achieve feats beyond his wildest dreams. The real Paloschi’s not been a total disappointment scoring goals for Chievo over the last five campaigns and even getting his Premier League move; a modest spell with Swansea at the back end of last season. Nevertheless, Paloschi will go down as having failed to live up to Football Manager’s monumental career arc.

4. César Delgado
An absolute Football Manager legend; he scored goals galore on FM 2007. Now 34, he’s back in his home country of Argentina plying his trade for his hometown club, Rosario Central. Despite being prolific on Football Manager he never really replicated that sort of form in real life. However, to date, Delgado has won an Olympic Gold medal, a French League title as well as a French Cup. Back in 2007 he was playing for Cruz Azul in the top tier of Mexican football. At that point he was playing the best football of his career and was catching the eye of several of Europe’s biggest clubs. During the noughties, French football was dominated by Olympique Lyonnais. Les Gones, as they’re affectionately known amongst their loyal fans, won 7 titles between 2000-2010; an unprecedented feat in the modern era. Lyon were impressed enough to fork out €11 million for the diminutive winger. Having fought off competition from some of Spain’s top clubs, Delgado’s move to the Rhône based club was seen by many as seismic show of strength. Sadly, his time in France never really lived up to the success of his Football Manager avatar. He scored just nine goals, one of which was a last minute winner against Liverpool in front of the Kop. After two and a half years in France he returned to Mexico where he spent a further three years before re-joining Rosario.

5. Gai Assulin
Where do you start with this nomad? This is a player who looked destined to become a real world superstar. He made his Israel debut 2 weeks before he turned 17, however it remains his only cap to date. This lack of international acclaim is indicative of a career that has never really materialised. Back in his Football Manager heyday (2008), he was a jinking winger who also provided a menacing goal threat. On Barcelona’s books between 2007-2010, he scored and created goals for fun in the B team. In October 2009 he made his full-debut for the 1st team in a Copa del Rey match against Cultural Leonesa. He played just shy of an hour before being replaced by Eric Abidal. This would be his only appearance for the Catalan giants. In 2010 he joined the oil rich blue side of Manchester. He never made an appearance for City, yet did play 7 times for Brighton and Hove Albion whilst out on loan during the 2011-12 season. After leaving City at the end of that season, he returned to Spain where he had unproductive season spells at Racing Santander, Hércules (on loan from Granada) and Mallorca. Assulin can now be found playing in the Segunda División, Spain’s third tier, for CE Sabadell FC.

6. Joe Mattock
One of the great bastions of the Football League. This was a player of who so much was expected, yet sadly, Mattock never really fulfilled his Football Manager potential. Back on Football Manager 2009 Mattock was winning numerous England caps. In real life he was joining West Bromwich Albion for £1 million. Leicester City were reluctant sellers; he had joined the club as a schoolboy and worked his way up to the first team. By the time West Brom came calling he had already played over 70 games – Mattock was still only 19. Hindsight is a wonderful thing, but Mattock probably wishes he could wind back the clock. Whilst Leicester have gone on to lift an unlikely Premier League title, Mattock has moved around various clubs in the Championship. Personal, as well as injury, problems have blighted his career. After one season at the Hawthorns he was sent out on loan to Sheffield United. West Brom got promoted and Mattock briefly re-joined them in the Premier League, albeit without making an appearance. Over the following two seasons he was sent out on loan to Portsmouth and Brighton (where, by chance, he teamed up with Gai Assulin). Despite a successful loan spell on the South Coast he decided to join Sheffield Wednesday. At Wednesday he had moderate success, playing over 60 times in three seasons. In the summer of 2015 Mattock was on his way again, leaving Hillsborough to join another Yorkshire club, Rotherham, where he remains to this day.