We’re well into April signalling the start of the “business end” of the season. While no business is actually taking place, teams are beginning to make their final push before the season ends. This weekend saw Sunderland crushed 3-0 at home to Manchester United, a result that all but ended any hopes of another great escape. Leaders Chelsea overcame a tricky looking visit to Bournemouth. Marcos Alonso scored the pick of the goals in a 3-1 victory. Crystal Palace won again at home as they comfortably beat Arsenal 3-0. Tottenham strolled to a 4-0 home win over Watford with Dele Alli adding a couple more million to his name with a delightful curled effort. Southampton recorded an impressive victory at West Brom, while Simon Mignolet excelled in Liverpool’s 2-1 win at Stoke. But who made it into our team? 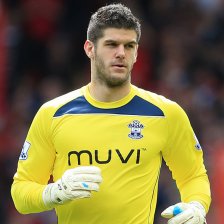 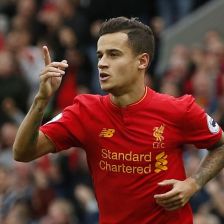 Not many teams win at The Hawthorns. In fact before Southampton’s visit only 4 others had come away with all three points this season. The South coast club owed a lot to their man between the sticks as the ex-Celtic stopper made six saves and caught 100% of his crosses. The Saints have had to field a makeshift defence for much of this season following the sale of José Fonte and the injury to Virgil Van Dijk. The defence, and Forster in particular, have had to step up to the plate on numerous occasions throughout the campaign. Something which they did again on Saturday afternoon.

Him again. Listen, I promise it’s not bias – he just is in brilliant form. Once again the Liverpool loanee was an absolute monster at the heart of the Palace defence. He won tackles, made blocks and was frighteningly strong in the air throughout the 90 minutes. His future remains in doubt, but there is no chance that the Frenchmen will be playing at Selhurst Park next season. A return to Liverpool remains unlikely unless he and Klopp are able to resolve their differences. Whatever happens, he most definitely won’t be short of suitors.

He’s not really imposed himself at all this season. In and out of the team and questions regarding his attitude have hardly helped his cause. Nonetheless, the ex-PSG man turned in a first class performance against The Gunners on Monday night. His goal was absolutely brilliant and proved to be the defining moment in the clash. Cabaye will hope to carry his good form into the remaining 7 games of the season and look to ensure that Palace consolidate their Premier League status.

He only played the second half but the little maestro changed the whole game. Jürgen Klopp’s experiment had failed in the first half of Liverpool’s visit to Stoke. Trailing 1-0 the German decided to bring on Coutinho and his compatriot Roberto Firmino at half time and the introduction of the two Brazilians completely changed the match. Coutinho’s 70th minute goal sparked Liverpool’s revival. His first time shot was lazor guided into the back of Lee Grant’s net. Two minutes later it was Firmino’s turn, as he expertly guided a powerful strike into the Stoke City goal. The reds held on and in turn moved nine points clear of Arsenal in fifth place.

The South Korean has 11 Premier League goals this season. A fantastic return for a player who is still not always a regular in the side. His two goals against a very poor Watford team at White Hart Lane ensured that Spurs maintained their unlikely title challenge. Son has been a revelation this year. For much of last season he flattered to deceive and there were rumours that he would not be a Tottenham player for much longer. Yet the ex-Hamburg and Leverkusen player has turned it all around and established himself as one of the Premier League’s most underrated players.