Arsenal, Chelsea, Everton and Spurs all enjoyed big victories, whilst at the other end of the table Crystal Palace lost heavily to leave them sitting perilously close to the danger zone. Elsewhere there were good wins for Burnley, Hull and Stoke. But who impressed us enough to make it into this weeks five-a-side TOTW? 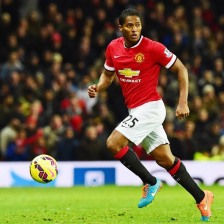 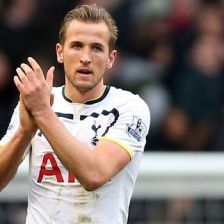 Mignolet has been enjoying something of a renaissance in recent weeks. So much so that he is featuring in his second five-a-side TOTW in five weeks. It’s been quite a turnaround for the Belgian stopper. His early season jitters saw him replaced by new signing Loris Karius who proved to be just as, if not more, jittery. Since returning to the side Mignolet has impressed. He’s looked more confident, he’s been braver, and crucially he’s been more commanding. He was solid against United; denying several United players what would have been equalising goals. When the inevitable equaliser did come he certainly wasn’t to blame.

He won’t have made everyone’s team, nevertheless I thought the Manchester United man had a fine game. He bombed up and down the right channel, and kept Adam Lallana and Roberto Firmino quiet when they came up against him. To cap off a thoroughly decent display, he found himself in the penalty area to provide a cute assist for Zlatan Ibrahimovic to head United level. A draw was not the result that either team would have wanted or indeed needed, however it was probably a fair one.

I would have to disagree with those who would say that the young Tom Davies outshone the veteran Gareth Barry in Everton’s 4-0 drubbing of Manchester City. It really was a quite superb performance by the former England midfielder. He bossed his old Manchester City team mates with such ease that you were made to wonder why exactly they got rid of him. Barry has never been renowned for his pace, but his reading of the game is a match for anyone in the league. Time after time he nipped in ahead of a City player, winning back possession before using the ball intelligently. It seems quite incredible that he is still ONLY 35 – it certainly feels like he’s been around for ever. This was Premier League appearance No.614; he will surely go on to break Ryan Giggs’ all time Premier League record within the next 12 months.

Chelsea fans could have been forgiven for worrying about where the goals were going to come from in this match. Diego Costa’s ‘injury’ had meant that the Stamford Bridge outfit were without their star striker and the league’s top scorer. They needn’t have worried though – as up stepped Marco Alonso. There were many questions asked when Chelsea boss Antonio Conte parted with £24 million for the former Bolton Wanderers man. However, Alonso has turned out to be something of a revelation. He has made the left wingback position his own, and chipped in with two goals against Leicester City. He so nearly had a hat-trick to his name when his sumptuous left foot volley narrowly missed the far post.

Who else could have got the nod here? The Spurs man was in quite superb form, taking his Premier League goals tally to 13 for the season. Spurs have been on fire in recent weeks, but it’s been Kane’s Spurs team mate, Dele Alli, stealing all the limelight. On Saturday it was the Tottenham No.10 who stole the show. His first goal was an emphatic finish that rattled in off the crossbar. The second was vintage Kane – taking advantage of some sloppy defending, before finishing smartly past the despairing dive of Ben Foster in the West Brom goal. The hat-trick was sealed after yet more good build up play, as Kane latched on to a deft lobbed pass by Alli and smashed the ball into the back of the net. Spurs are currently seven points behind leaders Chelsea, and on this weeks’ evidence, they look like the only team capable of catching them.