Less than twenty goals in the Premier League this week but we did see a couple of crackers. Pochettino’s Tottenham sussed out Manchester City – but we resist the urge to pick Heung-Min Son for a third time in four weeks. 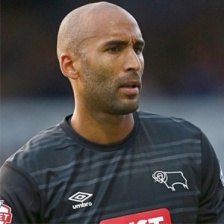 Lee Grant starting a Premier League game in 2016 doesn’t quite sound right. Grant has recently made the short journey up the A50 to join Stoke City from Derby County in an emergency loan move. In his second game for the club, Grant kept a surging Manchester United at bay with a string of genuinely impressive saves. The Potters went on to earn a point and Grant deserves a large share of the credit.

Wanyama was superb against Manchester City adding diligence to his obvious physical presence. The Kenyan put in a complete performance, guarding his back four whilst often nipping ahead of City shirts to win possession. In the absence of Eric Dier, he was also responsible for kick-starting many of Tottenham’s attacks. Spurs fans will be hoping for more of the same.

West Ham have looked lost this campaign and the sooner their star Frenchman hits top form the better. There were a few signs of recovery at the weekend but it was a wonderful Payet goal, rather than an accomplished team performance, which prevented yet another defeat. Dipping inside from the left wing, Payet danced across Middlesbrough’s back line feinting a number of shots. He eventually did pull the trigger, squeezing an equalizer into the bottom corner.

The ease in which Dele Alli spins on the ball doesn’t quite fit his slender, 6 foot build. He was a constant menace to Manchester City whether floating between the lines or carrying the ball into space. He’s striking up a fine relationship with Son and the absence of Harry Kane has hardly been felt. He looks to finally be reaching the level he played at for most of last term.

Chelsea made small steps back to form in their 0-2 victory over Hull but were left relying on good performances by Willian and Diego Costa to secure three points. We’ve gone for Willian over Costa because not playing a true centre forward is cool these days. At times this season Willian’s best days looked to have been behind him but the always-willing runner reminded us of his goalscoring ability with a cracking strike.