Conte, Guardiola, Mourinho. There can be no doubt the Premier League has the best managers in the world. But who will adjust quickest to their new club? And how will the players fare? 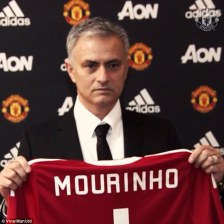 Antonio Conte will demand plenty of passion and grit from his players. So far, Chelsea have been in full swing this season with three wins out of three. Perhaps more importantly, Conte has restored confidence to team who are a contrast to the calamitous side of last season. Dynamic and sharp, Chelsea fans may be forgiven for thinking they are title-challengers once again. They’ll be hoping that Conte’s touchline celebrations become a regular occurrence.

The signing of N’golo Kante has given a balance to the Chelsea team who lacked consistency last season. Eden Hazard and Willian have been allowed to prioritise attack over defence which will come as a relief to the wide-men who often had to track back under Jose Mourinho. Nemanja Matic and Oscar are preferred to complete the midfield engine. Activity on deadline day may suggest that Marcos Alonso and David Luiz will freshen up a back four. However, it remains to be seen whether they will become mainstays or additional personnel. There is a lot of buzz at Stamford Bridge around new signing Michy Batshuayi, though he won’t be a starter for the blues, he can play a key role as a substitute for Conte who has so far utilised his bench to great effect.

The Chelsea youth stars? Over the last ten years, Chelsea’s youth academy has seen very little first team action aside from the odd League Cup cameo. The club have thirty-three players out on loan which shows they have a long way to go if they want to build an academy which will develop future stars. Looking at the first team, Cesc Fabregas is Chelsea’s big name casualty thus far. The Spanish international has only played eighteen league minutes for the blues in a very effective cameo against Watford. He will remain at The Bridge for now to fight for his place but he may well not be a Chelsea player next season. The back four could have a shake up in personnel and formation; rumours suggest Conte may integrate his favoured 3-5-2 which he previously utilised with Juventus and the Azzurri after his last minute signings. Ageing defenders Gary Cahill and Branislav Ivanovic may be under threat. However, early signs would suggest that Captain John Terry will continue to play a pivotal role for Antonio Conte both on and off the pitch.

Philosophy: No deviation from the beautiful game

When Pep Guardiola was announced in February as the next Manchester City manager the City fans were ecstatic to say the least. This is not surprising considering the forty-five-year-old boasts fourteen major trophies making him one of the most successful managers of all time. The Spaniard hasn’t disappointed in his opening three games. City look like a team fizzing with finesse and quality. Guardiola will expect nothing less. He will want his side to win his way which may impact results in such a competitive league. There is no doubt that this will be Guardiola’s toughest test.

So far Raheem Sterling has been thriving at the Etihad under the new boss proving that confidence is the key to his form. More good news for England is that John Stones will see plenty of game time. The twenty-two year old is a technically gifted centre-half and Guardiola will be looking for him to carry the ball out of defence to initiate play. When Vincent Kompany is back and fit this could be a formidable partnership. Evidence from the opening few games would also suggest that Fernandinho has a large role to play for City this season. Marshalling the midfield and dropping into a back three, will test the defensive midfielder but his character looks well suited to the role.

Joe Hart’s departure has shown us that under Guardiola no one is safe if you don’t suit his style of play. Yaya Toure’s time with City is now at an end which suggests the squad will see some young blood enter the fold. Interestingly, the fullbacks are being asked a lot of in a new system that sees them cut into the midfield. They’ll need to show neat footwork and strong passing, otherwise they could be on the block. In the past, Guardiola has used Philipp Lahm, David Alaba, Dani Alves and Jordi Alba in these positions. Needless to say expectations will be high.

Philosophy: Win at all costs

Jose Mourinho is a Manager who has won wherever he has gone. He has Manchester United ticking again and probably looking their best since Sir Alex Ferguson’s departure in 2013 (albeit we are only four competitive matches into his tenure). Mourinho will want to win at all costs, particularly when he is in competition with arch-rival Guardiola which promises to be a fascinating battle. What does Jose have over Pep? His Premier League experience is likely to give him an edge over the course of the season. Mourinho is a winner. The question is whether he has a team of winners with him.

It has been a summer of high profile signings at Manchester United. Zlatan Ibrahimovic, Paul Pogba and Eric Bailly now form the new spine of the team. With the talent surrounding him, it looks as though Wayne Rooney will enjoy life under Mourinho more than Louis Van Gaal. Acting again as a number ten he will be expected to be United’s chief provider. Perhaps most surprisingly, Marouane Fellaini has played every minute of the first three games. His time with United so far has been unspectacular to say the least but the tall Belgian could be a key figure for Mourinho if he can maintain his work rate.

For lots of football fans you will either love or hate Jose Mourinho. For the United squad it could very well be the same. Bastian Schweinsteiger has been banished to the reserves and Italian right-back Matteo Darmian is also out of favour to the resourceful Antonio Valencia. As expected, Mata looks set to be a fringe player. New signing Henrikh Mkhitaryan will have to play his way into the side after starting each game on the bench. Chris Smalling will also have to prove his worth to upset Daley Blind and Eric Bailly’s current partnership, though this seems more likely than a return for Phil Jones whose time at Old Trafford looks limited.